‘The lesson is that you can still make mistakes and be forgiven.’

‘I don’t drink these days. I am allergic to alcohol and narcotics. I break out in handcuffs.’

‘There is unpanned gold in every soul you run into, no matter what walk of life they are from.’

‘It was so nice to go into this fake courtroom. I immediately went up into the judge’s chair. Nice view. A preferable perspective.’

‘All these years, my favourite thing to do in life was to be laughing until the tears well up. Now I’ve found that humour is something as valuable as an Aqua-Lung is to divers.’

Disclaimer – I do not own the above image, it is from: http://www.getcrystalized.net/robert-downey-jr-off-the-hook-for-90s-drug-bust/

As you can tell, if you’ve seen my posts regularly, I’ve been very lucky this season to go to the cinema to see many of the films I’ve wanted to see as soon as they came out. Paper Towns wasn’t really on that list, but thanks to a friend’s birthday, I was ‘forced’ to see it. However, I was genuinely interested to see the film since I’m a fan of John Green, who wrote the book Paper Towns, from watching his work online, and more specifically, on YouTube (VlogBrothers).

The film itself was really interesting. The story follows as this: Paper towns is a coming-of-age story centering on Quentin and his enigmatic neighbour Margo, who loved mysteries so much she became one. After taking him on an all-night adventure through their hometown, Margo suddenly disappears – leaving behind cryptic clues for Quentin to decipher. The search leads Quentin and his quick-witted friends on an exhilarating adventure that is equal parts hilarious and moving. Ultimately, to track down Margo, Quentin must find a deeper understanding of true friendship – and true love. (Written by ‘20th Century Fox’ and taken from IMDB, click here to see more).

While embodying typical traits of its genres: drama, mystery and romance, Paper Towns is unique in its portrayal of these genres. Its distinctiveness is, I think, a reason to explain why I’m struggling to know exactly what to write about the film in order to truly recommend it, especially for those who, like me, haven’t read the book and don’t know what to expect. All I can really say is that the film shows the importance of lifelong and spontaneous friendships while promoting the message of living in the moment, having fun with your life every single day rather than waiting and hoping for that perfect life years in the future.

It’s important to add that the film also reminds us to remember that people are just people, and as the quote goes ‘What a treacherous thing to believe a person is more than a person.’

Additionally, the cast is made of up of a varied a group of people I had never seen act before and I thought they were great. Paper Towns was cast so perfectly that the characters and the context, however crazy it seemed, just felt believable and so very realistic. The movie is also accompanied by a great soundtrack which leads me to leave a YouTube video below to showcase my favourite song from it. Please give it a listen:

Other than this, I have little else to say. I really recommend the film and hope you enjoy it if you go to it or read the book.

‘I’ve always wanted to make sure people are okay, ever since I was a little girl.’

‘If the character is really well-rounded, and it’s a really strong character, and if the writing is just fantastic, that’s the thing that will hook me in, certainly.’

‘I’m quite a good listener, and I’m good at looking after people.’

‘If you get a script and it’s really well written, that’s always exciting.’

Disclaimer – I do not own the above photo, it is from: http://www.radiotimes.com/news/2015-01-08/amanda-abbington-my-daughter-wants-to-be-mary-watson-when-she-grows-up

Today I’m recommending the YouTube channel, I Read Books In Nightclubs, belonging to none other than Jonny Vickers, an actor from Aberdeen. As a working West End actor, Jonny’s videos sometimes contain snipets of his working life via daily vlog style videos, but mainly, his videos are ‘devoted to books and his general musings’.

Jonny was a member of the cast during

The War of the Worlds Arena Tour, where he appeared as the NASA Controller. Starring alongside him was fellow YouTuber and working West End actress, Carrie Hope Fletcher, whom he became good friends with. Not long after did Jonny create his channel and it is actually thanks to Carrie and her videos that I was introduced to Jonny and his channel.

Jonny is such a warm, positive character who has buckets of charm. This makes his videos a joy to watch and it is for that reason alone, his channel is worth sharing and recommending. Additionally, his funny anecdotes, book related videos and general craziness makes his videos so interesting and entertaining.

Here are some examples of his videos:

Take a look and make sure you subscribe to him.

Disclaimer – I do not own the above images, they are from: https://www.youtube.com/watch?v=PXCPhB8T81I and http://www.jonathanvickers.com/gallery/4580137071 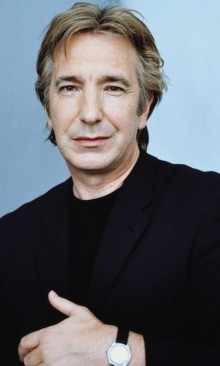 ‘Actors are agents of change. A film, a piece of theatre, a piece of music, or a book can make a difference. It can change the world.’

‘Nothing gives me as much pleasure as travelling. I love getting on trains and boats and planes.’

‘And it’s a human need to be told stories. The more we’re governed by idiots and have no control over our destinies, the more we need to tell stories to each other about who we are, why we are, where we come from, and what might be possible.’

‘I love perfumes. Every morning when my girlfriend and I come down to the courtyard in our block of flats we’re assailed by the most delicious scent – jasmine round a doorway. It almost makes me swoon.’

‘If you could build a house on a trampoline, that would suit me fine.’

‘I’ve never been able to plan my life. I just lurch from indecision to indecision.’

‘I think there should be laughs in everything. Sometimes, it’s a slammed door, a pie in the face or just a recognition of our frailties.’

Disclaimer – I do not own the photo above, it is from: http://www.fanpop.com/clubs/alan-rickman/images/6915904/title/alan-rickman-zv-wallpaper

‘My idea of a good night out is staying in.’

‘I’m a big believer that life changes as much as you want it to.’

‘I’ve always loved Christmas and that’s not really gone away from me from being a child to now. It’s always a magical time and I’m unashamed in my love for Christmas.’

‘On the one hand, we’re constantly told about recycling and cutting back, and on the other hand we have to buy the next gadget that comes along three weeks after the last one you bought. It’s absolutely insane. We’ve been suckered into buying and buying and upgrading and upgrading. We’re being given two very different mantras at the moment, I think.’

‘Disappointment is an endless wellspring of comedy inspiration.’

‘Acting is the only thing I’m even vaguely good at and acting is something that I think I do know about.’

‘Most people have a passive relationship with music and clothes, with culture. But music was my first contact with anything creative. Music is it, as far as I’m concerned.’

‘I’ve got an overly developed sense of what selling out is, and I of course worry about it too much.’

‘I’m one of the few people I know who believes in God.’

Disclaimer – I do not own the photo, it is from: http://www.telegraph.co.uk/culture/theatre/10920472/Martin-Freeman-interview-Shakespeare-invented-Gollum.html

‘I’m a person who gets better with practice. Getting older is awesome – because you get more practice.’

‘One thing I love about Christmas music is that it has a tradition of warmth.’

‘I don’t know why femininity should be associated with weakness. Women should be free to express who they are without thinking, ‘I need to act like a man, or I need to tone it down to be successful.’ That’s a very good way to keep women down.’

‘True love that lasts forever… yes, I do believe in it. My parents have been married for 40 years and my grandparents were married for 70 years. I come from a long line of true loves.’

‘A lot of people work out to be skinny. That’s so boring, and it seems like a depressing goal for a modern woman.’

‘You can’t expect to make no effort. You still have to make the effort and be kind and understanding.’

‘I’m into sincerity in music and sincerity in art. If it doesn’t feel true, I don’t want to do it. Things that are too dramatic scare me. I think that’s why I don’t always fit into the world of performing arts.’

‘If I’m going to be ‘too’ anything, ‘too cute’ is fine. I love puppies. So what? Who hates puppies?’

‘It’s nice that there are movies and songs about romance – it’s what motivates us as human beings. I’m all for being brainwashed by rom-coms.’

‘You don’t have to wear expensive clothes to look good.’

Disclaimer – I do not own the photo, it is from: http://www.popsugar.com/Zooey-Deschanel