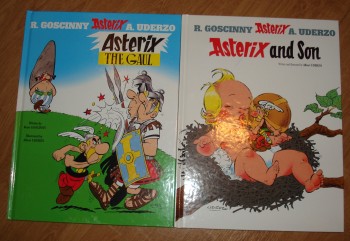 Today my book recommendation is actually a comic… don’t worry I will eventually recommend a proper novel but being back at school limits my reading time, so for the next few weeks I’ll be recommending more comics and graphic novels.

So today’s is Asterix. I’m sure many of you are familiar with the French comic book series but in case you aren’t; the books are a series of comics written by René Goscinny and later Albert Uderzo after his death. I assume they still continue as Jean-Yves Ferri has been writing them since 2013.

The comics follow the activities of a village of Gauls as they struggle to resist Roman occupation. In doing this they follow the protagonists of Asterix and Obelix in their personal adventures. A full summary can be found on Wikipedia: ‘The series follows the exploits of a village of indomitable Gauls as they resist Roman occupation. They do so by means of a magic potion, brewed by their druid called Getafix in the English translations, which gives the recipient superhuman strength. T 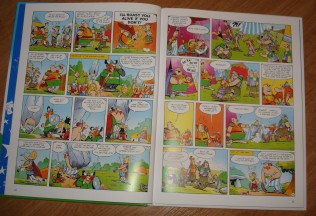 he protagonist, the titular character Asterix, along with his friend Obelix, have various adventures. Many of the stories have them travel to foreign countries, though others are set in and around their village. For much of the history of the series (Volumes 4 through 29), settings in Gaul and abroad alternated, with even-numbered volumes set abroad and odd-numbered volumes set in Gaul, mostly in the village.’

I remember growing up watching the cartoons of Asterix and the film. I found it funny and I know it’s a favourite of my Dads. I hope you’ll enjoy the characters and the stories as much as me. 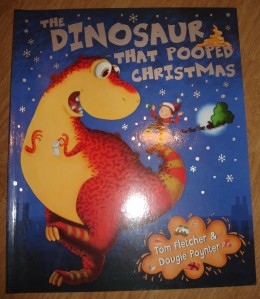 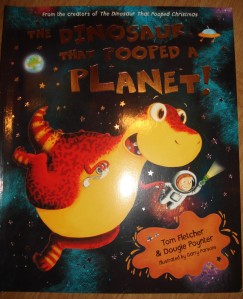 a silly recommendation but I think these books are really good! Perhaps I’m biased because the writers are half of McFly and a third of McBusted and therefore from my favourite bands, but I absolutely love Tom Fletcher and Dougie Poynter and I think that they love kids so much in their own right that they can produce a perfect book for children.

Last month signalled the release the third book in the series ‘The Dinosaur That Pooped the Past’ and I cannot wait to buy that. All three books contain clever rhymes, interesting storylines and well, lots of poop and when you’re a kid you want someone or something to just joke about poop. It may seem silly and it may seem unpleasant but it’s something completely natural and funny to a child.

And hey, if you’re a lot older like me and want something to make you laugh, or perhaps you like Tom Fletcher and Dougie Poynter, you may just enjoy it too!