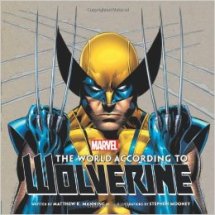 What I’m reading – This month I have been reading The Shadowhunter’s Codex by Cassandra Clare and Joshua Lewis which is a side novel to The Mortal Instruments series. This book is quite enjoyable and acts as a handbook to new Shadowhunters (and also has Clary’s notes all over it).

I have also been reading The World According to Wolverine by Matthew K. Manning which is a fun book all about the comic book character of Wolverine. 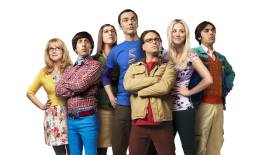 Both of these were presents for my birthday and I’m enjoying them thoroughly.

What I’m watching – I have been watching Once Upon A Time (I’m obsessed), Friends (also obsessed), Shadowhunters and The Big Bang Theory!

What I’m subscribing to – No new subscriptions but I have definitely fallen in love with Wheezy Waiter’s new style of video. He used to do skits and sit-down vlogs, but now he has taken up a daily-vlog style with some artsy cuts. Very enjoyable, do check him out.

What I’m listening to – The top few tracks this month, between my friends and I, are: Broken Generation by Of Mice and Men, X G

on Give it to Ya by DMX (from Deadpool), Stressed Out by Twenty One Pilots and finally, Judgement Day by Stealth (from Suits).

What I’m eating – Too much. I’ve eaten a lot of cake this week… let’s leave it at that.

What I’m quoting – Stars Can’t Shine Without Darkness (from Unknown).

This Valentine’s weekend, I saw Deadpool at cinemas. ‘Crashing’ a friends Valentine’s date, I sat with five of my friends in the packed screening, feeling like I was the least excited out of all of them. Don’t get me wrong, I wanted to see Deadpool, but since I love X-men and Marvel as they are, I was worried I wouldn’t enjoy Deadpool quite as much. It was going to be a little different and I didn’t know what to expect.

Fortunately, I truly loved the film. Its fourth-wall breaking humour was spectacular and made it such a unique film. Ryan Reynolds as Wade Wilson/Deadpool was on point – no better way to say it. He really made the character.

For the few of you reading who are not familiar with Marvel’s Deadpool character here is a little summary from IMDB about the film: ‘This is the origin story of former Special Forces operative turned mercenary Wade Wilson, who after being subjected to a rogue experiment that leaves him with accelerated healing powers, adopts the alter ego Deadpool. Armed with his new abilities and a dark, twisted sense of humor, Deadpool hunts down the man who nearly destroyed his life.’

However, this film is a love story. Of course, that is part of the joke of Deadpool being released Valentine’s weekend, but I found this a really lovely part of the film too.

The cast were great; I’ve already mentioned Ryan Reynolds, but here are some of the other brilliant actors who made the film what it is: Morena Baccarin, Karan Soni, Ed Skrein, Stefan Kapicic, Brianna Hildebrand and T.J.Miller.

Check out the film!

Disclaimer 1 – this film is definitely not for children. Disclaimer 2 – I do not own the above poster, it is from: http://screenrant.com/deadpool-movie-poster-kinberg-radical/