This week I don’t just want to rave about one TV show, so here are my top 5 favourites of right now:

My entire household loves NCIS, that’s me, my parents and my granddad, and a lot of my friends also watch NCIS avidly.

We’ve been watching odd episodes here and there on several TV channels  and now my Dad has recently purchased Seasons 1 – 8 on DVD so that we can finally watch them in order. I think one reason why the show is so good is because of its characters; their relationships are what keep the audience interested after all.

This is a brilliant BBC One show. It’s set on the fictional Caribbean island of Saint-Marie and is currently into its fourth season. The show follows the islands police and homicide detectives who solve various 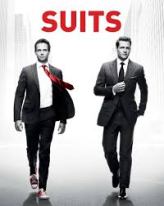 murders. Again, I think the characters are what keep the audience watching.

This show is so flawlessly put together with an amazing cast displayed so stylishly that it’s hard not to be enthralled in it. It is a very popular show but if you are in the minority and don’t know what it’s about, it follows corporate lawyer Harvey Specter and his relationship with fraudulent lawyer Mike Ross.

I feel like this show has been underrated and thus only spanned three seasons from 2011 until 2013. It is staged alike popular shows such as Friends, and How I Met Your Mother, with a cast of six friends following their various relationships and comic problems. I enjoy this 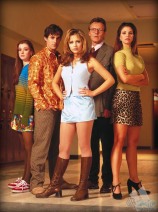 show so much and as thus have been trying to buy the seasons on DVD.

My final recommendation today is, of course, Buffy the Vampire Slayer. I couldn’t not mention Buffy as it will always be my favourite TV Show. Although it has been little over a decade since Joss Whedon ended the series, it is never too late to start watching it. I remember when I was a lot younger, that I watched Buffy with my Dad but I was too young to fully comprehend what I was actually watching. So, when my Dad bought the series, I started to watch it all in order and fell in love with it. I love the concept and the characters and I just think it’s a seamless mix of horror and comedy with that ninety’s/noughties feel and for me it’s the perfect show.